There were small-scale potteries in the area now called Wrenthorpe from the late fifteenth century until the late eighteenth century. This was then a part of the Wakefield Outwood and was known as Potovens. Potteries were established here because of the ready availability of the necessary raw materials, clay, coal, water and wood and because of the demand for their products in nearby towns. Some of these potteries were close to the Pot ‘oil Inn and were excavated in 1983-4. 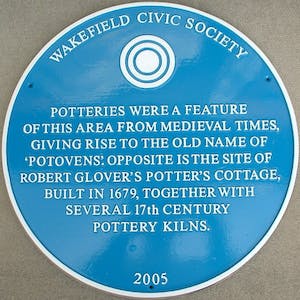