William Whiteley (1831-1907) the ‘Universal Provider’ learned his trade as a shopkeeper in the premises near here of Harnew and Glover, drapers, where he was apprenticed in 1848. Leaving Wakefield in 1855 he went on to found one of the world’s first department stores in Bayswater, London. As a boy he lived at Agbrigg. He was shot and killed in 1907 by a deranged man claiming to be his illegitimate son. 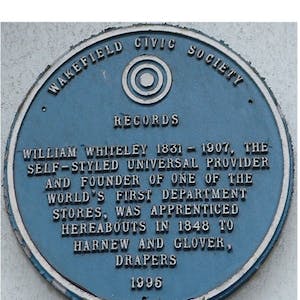