No 11. West Riding House of Correction

No 11. West Riding House of Correction

The West Riding Magistrates opened a prison here in the 1590s as a result of a bequest by George Savile who died in December 1594. His will reads, ‘I give twenty pounds for and towards the building of a House of Correction within seven miles of Wakefield for the setting of the poor on work….’ The prison which developed from it, albeit a little to the north, passed from the magistrates into central government control under the 1877 Prisons Act. 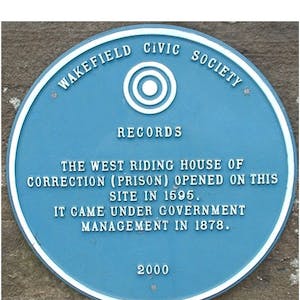