Wakefield’s first purpose-built bank, designed for the banking firm of Ingram and Kennet, was erected in the 1790s. It was later taken over by the Wakefield and Barnsley Union Bank (established in 1832) and here from 1841, when his father became the manager, lived John Bacchus Dykes. Dykes was later ordained and became one of the most prolific composers of hymn tunes, many of which are still very well known today. 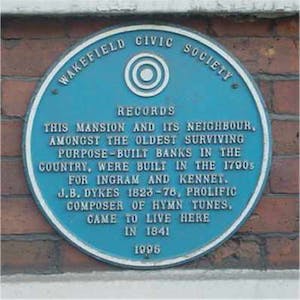